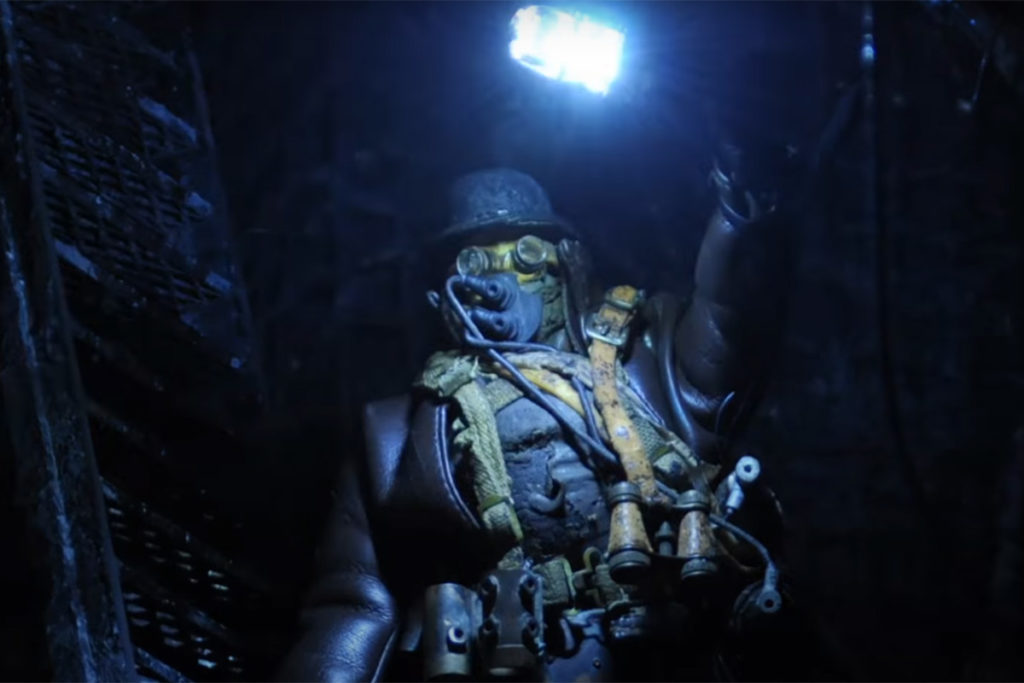 If you’re a fan of the style of stop-motion animation that was prominent in the 70s, 80s, and 90s with movies like the original Star Wars trilogy, Robocop, Indiana Jones and the Temple of Doom, or Jurassic Park, you might be a fan of Phil Tippett and not even know it. Luckily for you (and all of us), Phil is writing and directing his first feature-length film, known as Mad God, and it looks amazing.

The animated post-apocalyptic movie will debut at the Locarno Film Festival on August 5 as part of the Out of Competition selection. Ahead of this debut, Phil dropped the trailer that shows off more of the intriguing post-apocalyptic world and characters.

“Mad God is an experimental animated film set in a world of monsters, mad scientists and war pigs,” the movie’s description reads at the Locarno Film Festival website. “A corroded diving bell descends amidst a ruined city and the Assassin emerges from it to explore a labyrinth of bizarre landscapes inhabited by freakish denizens. This unique labour of love combines many innovative animation techniques and has taken Phil Tippett 30 years to complete.”

With 73 years under its belt, the Locarno Film Festival is held for eleven days each summer in the Swiss-Italian town of Locarno. It calls itself the world capital of auteur cinema.

Phil Tippett’s extensive portfolio also includes Starship Troopers, Willow, The Spiderwick Chronicles, The Twilight Saga, The Haunting, and many more. While he has directed other short films like MutantLand and Prehistoric Beast, as well as directed the straight-to-video Starship Troopers 2 sequel, Mad God has been a passion project that Phil has worked on for over 30 years.

While Mad God will officially debut at the festival, Phil plans to announce future showings and festival dates soon. You can follow him on Twitter or Instagram to stay up-to-date on the movie.