Not much has been revealed about Amazon Prime’s upcoming Fallout TV series, but we now know Walton Goggins has been cast … and he’ll be playing a ghoul! 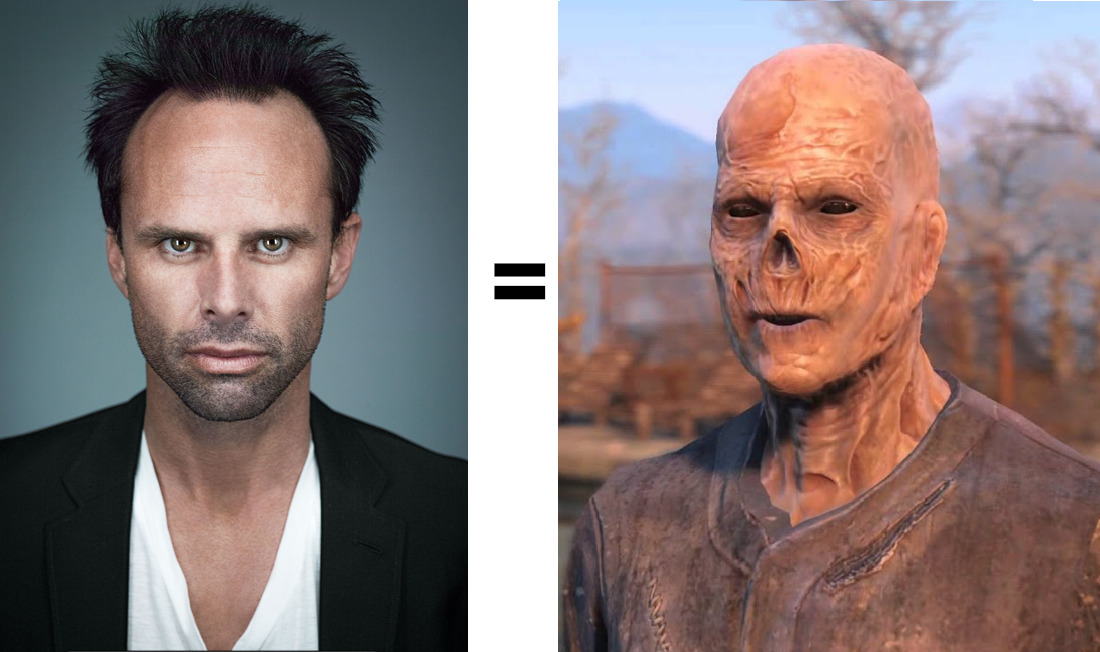 Goggins has been in many movies and shows but not often as a lead character (Django Unchained, Ant Man and the Wasp, Justified, Predators). In terms of post-apocalyptic stuff he’s been part of, there’s not much (except for the dystopian Maze Runner: The Death Cure). Yet, this isn’t a bad thing. “Ghoulifying” a very famous actor might be distracting if you’re trying to see the actor through the makeup/special effects. Choosing an actor you only recognize when you look them up on IMBD rather than, say Tom Cruise, makes for a more immersive experience for the viewer.

The Fallout universe is vast with so many opportunities for plotlines and stories (will we get a G.E.C.K? The Wasteland Survival Guide? Will Joshua Graham make an appearance? What about the Institute?), and while I had assumed that ghouls would be involved (feral and otherwise), does this casting mean the main character will be played by Goggins?

Honestly, while I have many speculations on how the show will go, I never considered a ghoul main character. But I’m totally here for it. Playing as a ghoul is something the game has never allowed (your backstory as a character generally involves living in a Vault, and it would nullify any threat of radiation), so a ghoul main character in the show might suggest we’re not going to get a rehash of one of the game’s plots. I’m still hoping there will be many easter eggs and cameos for us Fallout superfans, but I’m also looking forward to a new take or adaptation on the series.

The question is, will the ghouls look like the decomposing corpses of Fallout 3/New Vegas or the less undead Fallout 4/76?

Either way, I’m pretty happy that we might be getting a ghoul protagonist. I always loved the lore behind them, and it also doesn’t help that I have an unabashed crush on Hancock from Fallout 4.

How can you not?