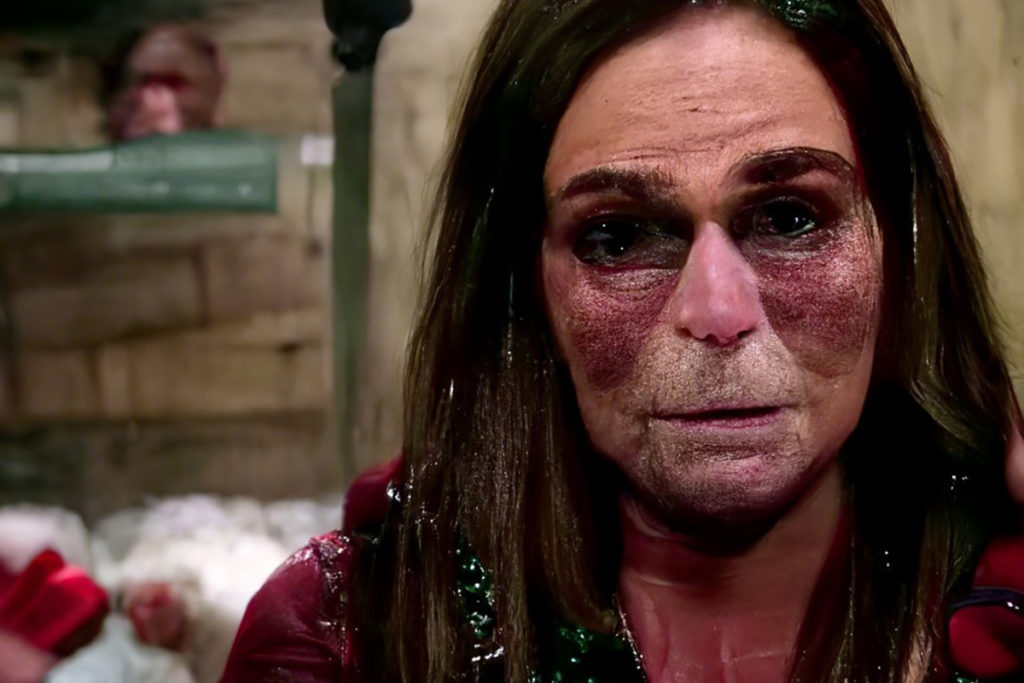 As you can tell, we’re pretty fascinated by the dystopian implications of AI in the modern world. From AI copywriting to AI art, we’re getting closer to Skynet and a self-aware Terminator every day. That’s both scary and completely beautiful.

And perhaps one of the most fascinating parts of all of this is how intrigued the general population has become over it. From last week’s story of a man winning a county fair art competition with AI-generated art, the inevitable turn toward extreme creepiness is here with today’s big obsession involving an AI-generated woman who has been haunting the internet.

Twitter user Supercomposite started an innocent-enough thread yesterday morning about a woman they’ve been creating with AI prompts. “I discovered this woman, who I call Loab, in April,” Supercomposite wrote on Tuesday. “The AI reproduced her more easily than most celebrities. Her presence is persistent, and she haunts every image she touches. CW: Take a seat. This is a true horror story, and veers sharply macabre.”

🧵: I discovered this woman, who I call Loab, in April. The AI reproduced her more easily than most celebrities. Her presence is persistent, and she haunts every image she touches. CW: Take a seat. This is a true horror story, and veers sharply macabre. pic.twitter.com/gmUlf6mZtk

So, as you might guess, Supercomposite reversed that logo image to see if it would come up with Marlon Brando. That’s when Loab was born. Supercomposite began mixing other prompts, but AI kept a consistent image of the Loab woman’s face, which is quite contrary to how the AI art process works. That, in itself, is the mystery.

“Since Loab was discovered using negative prompt weights, her gestalt is made from a collection of traits that are equally far away from something,” Supercomposite wrote. “But her combined traits are still a cohesive concept for the AI, and almost all descendent images contain a recognizable Loab.”

I wondered: is the opposite of that logo, in turn, going to be a picture of Marlon Brando? I typed “DIGITA PNTICS skyline logo::-1” as a prompt. I received these off-putting images, all of the same devastated-looking older woman with defined triangles of rosacea(?) on her cheeks. pic.twitter.com/tnhBzWPHYf

Supercomposite went on to post several extremely disturbing images in their Twitter thread with theories on why AI decided to take such a macabre turn.

“Through some kind of emergent statistical accident, something about this woman is adjacent to extremely gory and macabre imagery in the distribution of the AI’s world knowledge,” Supercomposite wrote.

And as the internet tends to do, people are going crazy over this image. Some are even attempting to recreate the image themselves while others are already producing Loab fan art.

So while you’re innocently browsing Twitter today for cat pictures, be aware that you might stumble upon the nightmare fuel that is Loab. And sleep soundly tonight knowing that the face of Loab is an anomaly in that its consistency is nothing like we’ve seen in AI-generated art before.

It’s almost like the AI wants to make sure we see this face.

Tags: ai art, dall-e 2, loab, midjourney
No event found!
Select And Add Upcoming Events To Your Phone's Calendar
Subscribe To Our Calendar With Your Google Account