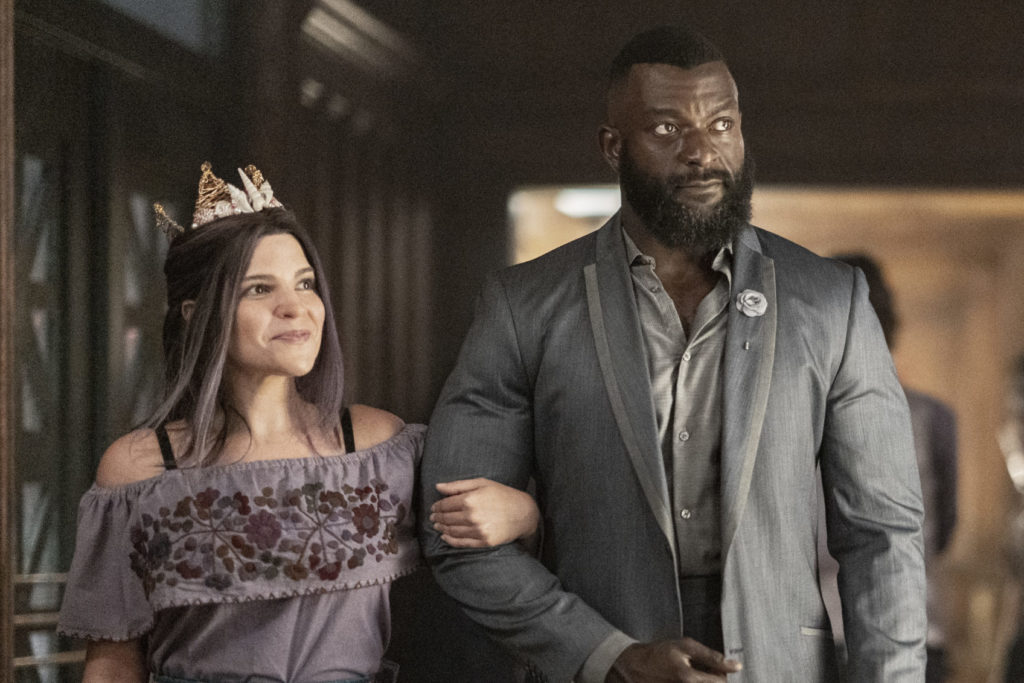 There will be minor spoilers for Season 11 Episode 18 in this story.

Her Absence Is Hard Not to Notice

Princess is a pretty vibrant character on the show, so her absence is really tough to miss. It’s especially apparent when we see her boyfriend, Mercer, all the time.

Princess and Mercer are pretty much my favorite power couple on the show, so not seeing them together has been really bugging me. Especially with so much that went down in Episode 18, it just doesn’t make sense that she was nowhere to be seen. We saw practically everyone else, except for a few characters who have already been missing for quite some time. So Princess’s absence doesn’t make any sense.

In case you were concerned, no she wasn’t killed off. You didn’t forget an untimely death. She’s still alive and well, as far as we know. She’s just not here.

I’m not the only fan of the show who’s noticing she’s gone. People on Reddit are too.

Redditor SaulMcGill noted that it was really obvious that she’s not there. They wrote: “I know there’s a lot of characters, but … we basically saw every other person in their group except for her, and there was a fair amount of Mercer even, so her omission from 11×18 feels weird. Unless there’s some kind of twist/reveal next episode, idk why we didn’t at least hear someone [ask about her]…”

Another person agreed. Agent_Scully9114 replied, “Princess is the only one I can think that they didn’t show. Worries me.”

She’s Returning to the Show

Don’t worry, Princess isn’t gone for good. Paolo Lazaro is returning to the show. In fact, we get a brief glimpse of her in the trailer for Season 11 Episode 19 (we won’t share any spoilers here.) So it looks like we’ll be seeing her again soon.

Lazaro also tweeted that she’s in these last episodes.

When this trailer came out, I couldn’t even watch it cause 🥹 Tonight the last eight episodes of this series that is near and dear to so many start airing and I am just thankful that I got to be a part of it. @WalkingDead_AMC pic.twitter.com/FVyO8rLMJ2

So we know she’ll be coming back, just not why she’s been gone.

According to IMDb, Lazaro is also going to star in the TV series “Obliterated” as Angela Gomez, which is currently filming. It doesn’t seem like anything interfered with her being in the first two episodes of Season 11c, at least as far as we can tell.

Quite a Few Characters Are Missing

Princess isn’t the only character who’s been missing. She’s just the one who comes to mind the fastest, since she had the biggest role of late.

We previously wrote about why Luke hasn’t been on the show recently (do you think he’ll show back up when they finally check out Oceanside again?)

We also wrote about when we last saw Virgil, who has been conspicuously missing.

Dog hasn’t been around lately, which bothers me. I really like seeing Dog in scenes, as long as I’m not worried he’s going to be killed or something. But it’s weird not seeing him around Daryl.

There’s also some concern about Cyndie, but her whereabouts will likely also come back up whenever we revisit Oceanside (assuming we do.)

Most recently, we also wrote about Heath’s disappearance and the clues left about him.

For me personally, the biggest oversight is not seeing Maggie’s friend Georgie anymore. I talk about that in-depth here. She should have played a huge role in the Commonwealth showdown, but no one even talks about her.