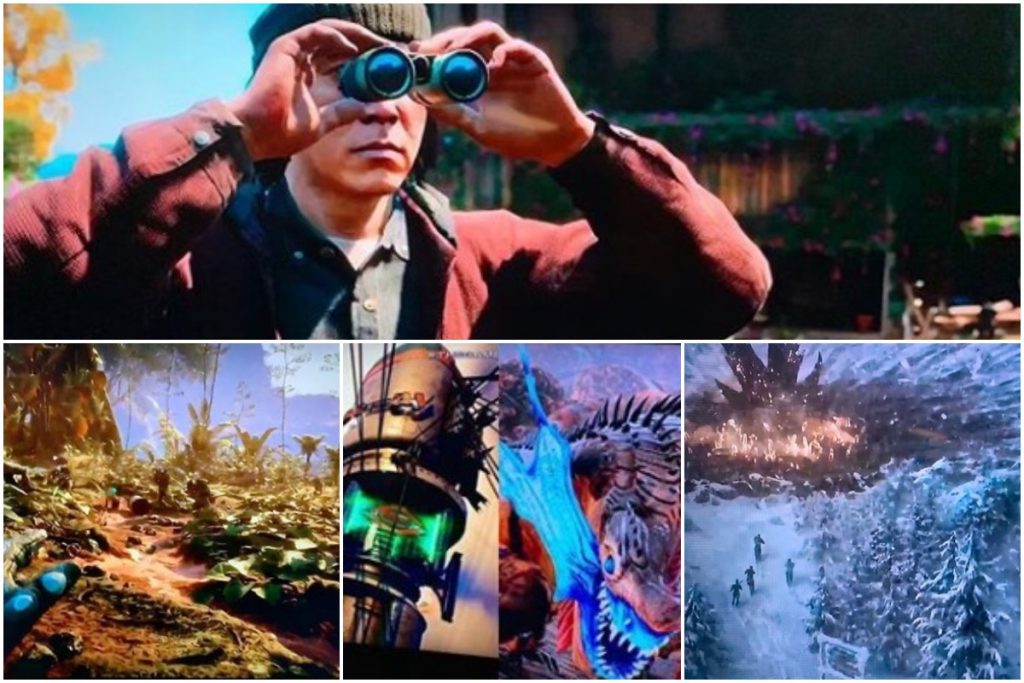 This year is going to be a great year for post-apocalyptic games. Below are the video games releasing in the post-apocalyptic genre this year. These are in chronological order starting in January, so you’ll see some games that have already released on the list. But if you missed them, you just might want to go back and check them out. If you see any games we missed, please let us know in the comments below.  (And if you have Xbox Gamepass, don’t miss our list of games you can play right now.)

Yes, we goofed! It's 4AM GMT, not 4pm! pic.twitter.com/AYhhRr8FUC

Buy the collection on Amazon here.

I will be uploading my gameplay of Resident Evil 2 Remake on April 1st everyone pic.twitter.com/BssTIJ0mPE

Resident Evil 2 came to PS4, Windows PC, and Xbox One on January 25, 2019. The original game was released in 1998. In the remake, players can control Leon S. Kennedy or Claire Redfield. Buy it on Amazon here.

The stunning Far Cry New Dawn released on February 15, 2019. This is a positively reviewed game that you really don’t want to miss. It’s a post-apocalyptic sequel to Far Cry 5, set 17 years after Far Cry 5’s nuclear ending. Ubisoft is offering this post-apoc first-person shooter that takes place after a nuclear apocalypse. Hope City has changed extensively, and the scenery is so colorful that it’s the most beautiful landscape we’ve seen in a post-apoc setting. Order Far Cry New Dawn here.

This game released on February 15 by 4A Games. It’s a first-shooter in post-apocalyptic Moscow. Available on PS4, Windows, PC, and Xbox One. Order on Amazon here.

We are the last line of defense. We are the people making a stand to take back D.C. We are The Division, and history will remember us. #TheDivision2 is available March 15, 2019.

Division 2 released on March 15, 2019. Polygon rates it a technical and artistic achievement.  It takes place in Washington D.C. after a smallpox pandemic as Homeland Division agents try to rebuild the city. It’s available on Windows, PS4, and Xbox One. Order on Amazon here.

The #DaysGone story trailer is out now! HYPE pic.twitter.com/P7tzhV9QUI

This is a big one! PS4-exclusive Days Gone is releasing on April 26, 2019. This is an open-world post-apocalyptic game featuring “Freakers” who are infected humans that went feral. After a long wait, the game is finally being released.  The game’s set in the Pacific Northwest. Order via Amazon Prime here.

RAGE 2 is coming May 14, 2019 (it was originally slated for June.) This is a pure post-apocalyptic game by Bethesda, Avalanche, and id Software. It’s an open-world shooter with on-foot combat and lots of car racing. Gives you a Mad Max feel, but with the colors we saw in Far Cry New Dawn. It’s a first-person shooter that takes plays on a post-asteroid impact world. Pre-order Rage 2 here.

It was a little tough during The Game Awards to tell if this was post-apocalyptic or just taking place in a specific area that destroyed by an apocalyptic event. Either way, it looks great. Scavengers is a multi-player survival game by Midwinter Entertainment, a new studio in Seattle. It’s the company’s first game, which might explain why there’s less hype about it. In the trailer, we see humans leaving a space station and in escape pods and landing on a snowy part of a planet that looks like it’s ravaged by some kind of disaster. It’s an online multiplayer cooperative/competitive survival game, which is pretty intriguing. It may not be technically post-apoc, but it’s close enough that we’re including it. Post-apoc fans will likely enjoy this one. It’s unclear when it’s coming out, but you can sign up to playtest here.

This isn’t post-apoc, but it FEELS just like Fallout, and that’s because it was made by the creators of the original Fallout. It’s a scifi story with a decidely Fallout atmosphere, and we’re SO excited (especially after the problems we’ve had with Fallout 76.) They probably couldn’t make it pure post-apoc because of copyright issues. But I bet it’s going to scratch that itch for people who love Fallout.

This is a single-player shooter RPG by the Obsidian, who created Fallout: New Vegas. It’s coming in 2019 and is set in a dystopian universe with a pretty great sense of humor. I’m excited.

The game is going to launch on the Microsoft Store and Epic Store instead of Steam.

The game’s not available yet but you can get a PS4 wireless controller with an Outer Worlds skin here.

PS4 DualShock Wireless Control... *
--
(As of: 2022/05/19 9:19 pm - Details
×
Product prices and availability are accurate as of the date/time indicated and are subject to change. Any price and availability information displayed on https://www.amazon.com/ at the time of purchase will apply to the purchase of this product.
)
View now *
(* = affiliate link / image source: Amazon partner program)

Biomutant, an RPG by Experiment 101 and THQ Nordid, is releasing on Windows, PS4, and Xbox One in 2019. It takes place on another world where the Tree of Life is poisoned due to a natural disaster. The Tree of Life has five roots that give life to the world, and players have to heal each root and stop a creature gnawing on the root, while dealing with six tribes who are split on how to deal with the problem. Pre-order here. (Amazon is estimating a release date of December 2019.)

You can pet the dog in Dauntless pic.twitter.com/U5PUZ42tsi

Dauntless is a fantasy game where a cataclysmic event tore apart the world and released monsters that prey on human survivors. You can be a slayer who defeats the Behemoths and collects loot. It’s releasing on Windows, PS4, Nintendo Switch, Xbox One, and other mobile platforms. It hit open beta in May 2018, so a lot of people are already playing the game.

Wasteland 3 is a much-awaited RPG coming sometime in late 2019 by inXile Entertainment. It’s set in the freezing wastelands of a post-apocalyptic Colorado. Skinit Vegeta Wasteland PS3 Du... *
$15.99
(As of: 2023/02/07 1:37 pm - Details
×
Product prices and availability are accurate as of the date/time indicated and are subject to change. Any price and availability information displayed on https://www.amazon.com/ at the time of purchase will apply to the purchase of this product.
)
View now *
(* = affiliate link / image source: Amazon partner program)

It’s not clear if this is coming out in 2019 or not. It was first announced in 2016 and we’ve been waiting ever since.

It will be set five years after the first game and feature an older Ellie who is dealing with a post-apocalyptic cult in the U.S. Joel will be there too. Development began in 2014.

It was also featured at Sony’s E3 event in June 2018. An October 2017 trailer revealed four new characters: Yara, Lev, Emily, and one other. The cutscene shown in 2018 (and embedded above) demonstrates just how realistic this sequel is going to be.

There are rumors we may see the game in October 2019, but these are just rumors to date.

Neverdark, a post-apocalyptic RTS, is set to be launched sometime later in 2019. The game is about a civilization that fell after a global blackout and gangs that fight to control the city. It uses real maps of PAris, New York, and Tokyo for the game.

See anything we missed? Let us know in the comments!

Want to stay updated on all things post-apocalyptic? Join our email list here. And if you have Xbox Gamepass, don’t miss our list of games you can play right now.

Rage 2 Deluxe Edition - PlaySt... *
--
(As of: 2023/02/07 1:37 pm - Details
×
Product prices and availability are accurate as of the date/time indicated and are subject to change. Any price and availability information displayed on https://www.amazon.com/ at the time of purchase will apply to the purchase of this product.
)
View now *
(* = affiliate link / image source: Amazon partner program)

Tags: games
No event found!
Select And Add Upcoming Events To Your Phone's Calendar
Subscribe To Our Calendar With Your Google Account