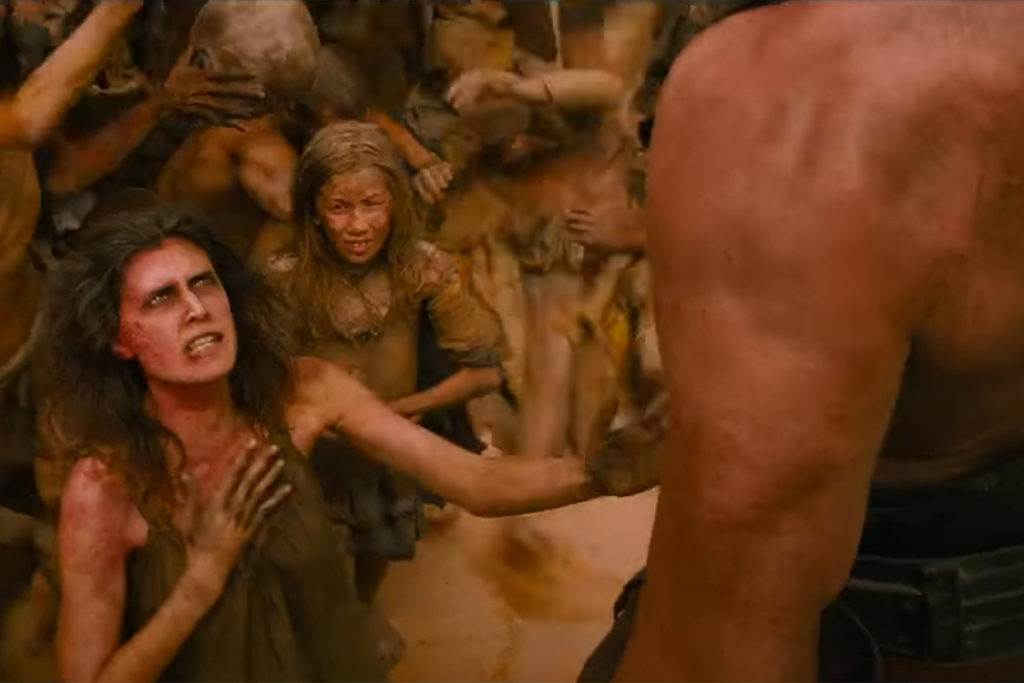 Mad Max: Fury Road is a masterpiece film, and with any masterpiece film, the pieces left on the cutting room floor would probably be better than most other complete films, but we can’t help but wonder if one particular deleted scene would have changed the feel of the movie completely.

The 2015 movie — starring Charlize Theron, Tom Hardy, and the late Hugh Keays-Byrne — tells the story of Max Rockatansky and Furiosa, escaping the wrath of the crazed Immortan Joe through the desert wasteland. Yes, there’s a lot more to it than that, but it’s arguably a car chase movie first and foremost, which stands by previous entries in the series that focused so heavily on post-apocalyptic vehicles.

But one scene, as showcased in a recent article at WhatCulture, shows a taboo that George Miller and team probably weren’t ready to let continue through the editing process.

The scene shows one of Immortan Joe’s henchmen fighting back the civilian beggars looking for provisions when a woman offers up her baby son to him. “He’s a boy! He’s a boy! Make him a warboy,” she pleads. In the movie’s lore, becoming a Warboy is a high honor for citizens of The Citadel.

The henchman grabs the baby, turns him upside down, and discovers some mutations on the baby’s body. “He’s got lumps; won’t last a year,” he barks. Despite further begging from the mother, he throws the baby back to her. She tosses the baby to the nearest person to her left and pleads again, “Then take me! I’m a milker” as she whips out one of her breasts. Milkers, of course, provide “mother’s milk” to The Citadel in a strangely industrial way. This type of treatment of the women as either milkers or breeders led to Furiosa’s revolt and the iconic phrase “We Are Not Things” that is prominent in the movie.

Apparently that’s good enough for him, though, so he yanks her up on to his platform… aaaand scene.

Now we can only assume that the scene didn’t make it into the film because of the treatment of the (rubber doll) baby as it was thrown around from person to person. Cutting the scene was probably a good call on Miller’s part, but would that scene have added or detracted anything from the movie?

Let us know what you think in the comments!