The final installment of the Resident Evil franchise can be described as “an orchestrated apocalypse combining elements of The Walking Dead with Inferno and 28 Hours.” In other words, Resident Evil: The Final Chapter kicks ass and then some. All loose ends were neatly (or often forcibly) tied and we come to learn who was at the heart of the promulgation of the T-virus and what its intended purpose really was. We also discover the true origins of Umbrella’s Red Queen, the computer brain in The Hive, her true motives for continuing to tantalize Alice, and what her “prime directive” will and won’t permit.

(Note: There will be spoilers for the movie below.)

Thanks to a clever introduction from Director Paul W.S. Anderson, we have a better idea of how the T-virus came to be and more importantly, WHY. It was the brainchild of a brilliant doctor (played by Eoin Macken) who thought it could be used for good, to repair cellular damage, to eradicate cancer and heal his daughter stricken with a blood disease. Unfortunately, his sponsor, Umbrella’s corporate head, Dr. Alexander Issacs (Iain Glen), had other plans. He saw profit margins to be had and quickly resolves to eradicate the girl’s father instead, leaving the sickly daughter to become a guinea pig for the drug. There’s more that unfolds later with this story arc and it sets the stage for the ending scenes.

We rejoin Alice (Milla Jovovich) where she was last left, atop the White House with Wesker, intending to be a “last stand” against encroaching zombies and undead infected masses. It looked like a hell of a war went down because what we see in the opening is complete and utter destruction of DC. Was it a bombing raid or just a battle to end all battles? Whatever it was, Alice is the sole human survivor, scrambling to comprehend what she has to work with among the lurking mutants. One immediately shows itself as a flying reptilian that has her in its sights. Thus, we have an initial engagement to ratchet up the excitement right from the get go. Following a chase-and-evade scene, we are then brought to a place where the Red Queen, communicating by means of a computer terminal, has prepared a surprise for Alice. A reason for her to fight on and return to the Umbrella Corporation’s Hive. A purpose to end the nightmare after 16 years of zombification: An antidote!

The Red Queen informs Alice that Umbrella is hiding one special vial that holds the key to eliminating the T-virus once and for all, everywhere, if unleashed to become airborne. But doing so requires Alice to return to the Hive, still intact after that nuclear blast that wiped-out Raccoon City. Somewhere in the depths of the Hive sits the vial. However, there is one caveat. Alice has 48 hours left before Umbrella will annihilate the last of the surviving colonies thus assuring humanity’s extinction. But why would Umbrella seek to wipe out all of mankind? That, my friends, we are about to find out!

A trek to the Hive is wrought with peril, zombies, devastation, and an encounter with a militia unit of armed vehicles, each trailing behind an immense horde of zombies and undead. This reminded me of scenes from The Walking Dead where zombie masses from Atlanta converged on Herschel’s farm. Embedded in the unit is the one person would like nothing more than to make zombie-fodder out of Alice, his creation; Dr. Issacs. But wasn’t he supposed to be dead, killed by Alice previously? Apparently, not, and this twist is explained later too.

A tortuous encounter with the militia leads to a confrontation with Issacs but Alice escapes and manages to reach Raccoon City, where she reluctantly joins a rag-tag group of resistance fighters. Among the group is a familiar face, Claire Redfield (Ali Larter), and her boyfriend Christian (William Levy), who immediately makes it known he is not fond of Alice. But they must work together to present a formidable defense against the militia units, using a intact tower as a base. The odds were clearly against them but I liked the bold fighting scenes with improvised weapons and ad-hoc tactics that keep the movie on steroids.  They succeeded inflicting enough damage to the militia and torching the zombie hordes, so they dodged a bullet. Off they raced to the Hive, where Alice’s nemesis Wesker (Shawn Roberts) is at the controls and releases those mutant dogs (remember them?) who corner the group and threaten to mutilate its members, one by one. Another escape through open water and onto the Hive’s entrance (where for some reason, the dogs could not follow, perhaps out of fear?).

Members are picked off by various traps, devices and creatures as they navigate through the Hive’s upper levels. Wesker tracks Alice through the maze as she evades its defenses and finally arrives at her final destination, the control complex, with only minutes to spare.  Now we find out the details of why the virus was unleashed on the general population and what was planned to happen in its aftermath. We discover the real Dr. Issacs (awoken from hibernation), along with Wesker, the antidote, a betrayer who terms out to be Christian (AH HA! He was an agent planted by Umbrella!), and lo and behold, the human origin of the Red Queen and clone source of Alice: the now elderly afflicted daughter of the brilliant doctor, Alicia Marcus (Ever Anderson/Mila), who is a primary shareholder in Umbrella! Imagine that! Dr. Issacs (still on his way with zombies in tow) and Alice are clones of the real Dr. Issacs and Alicia. And what was the true purpose of infecting the general population? A diabolical plot to hibernate the rich patrons of Umbrella, commit global genocide, and then awaken the patrons to restart humanity in their “image.” This is as evil as it gets. Alice hears the Red Queen’s prime directive is to protect humanity, so it could not reconcile the devious plans of Dr. Isaacs. It rebelled, giving Alice the inside information about the vial with the antidote.

Alice has but one objective: to defeat Wesker and Dr. Issacs, outsmart the doctor and carry the antidote to the surface where it can be released to the atmosphere before the hordes led by the clone Isaacs reach Alice, and the surviving colonies destroyed.

Throughout, character development was quite skimpy although the climax provided some good dual acting scenes by Mila as both herself and Alicia. These scenes, and the ones that followed as she releases the antidote thinking she will also die, showed us her human side, realizing she too is a clone, and coming to terms with the fact that she had become more human than her creator, Issacs, had ever envisioned she could become. In the end, surviving the antidote, she is gifted with the memories that Alicia uploaded to the Hive computer and this gives her the identity and past she has always sought to complete her.

I thought the plot was quite solid with twists at the end. The movie maintained a constant pace loaded with action and suspense. There was at least one memorable line uttered by the real Dr. Issacs that stuck in my head: “trinity of bitches”. This referred to the three women in cahoots: Alice, the Red Queen, and the elderly Alicia. The ending left me wondering if we would see Alice again, perhaps in a spin off, as the world now recovers in the aftermath of an apocalypse. After all, residual mutations will need to eventually be eradicated. It wasn’t clear to me if the franchise would take advantage of these plot extensions since the nightmare is essentially over. Probably not. 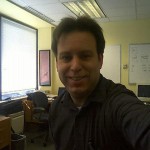 I am an IT Specialist who has always been interested in the sciences and Sci-Fi, particularly involving Astronomy and Space. The series Cosmos is one of my favorites and Carl Sagan is my idol. I was fortunate during my high school years to have a unique opportunity to meet two of the greatest Sci-fi writers of all time, Isaac Asimov and Arthur C. Clarke. They appeared together at the same time in the same room! Over the last two years, I have written reviews for first season episodes of the TV series The Lost Ship and Manhattan, and the web series Kosmos.

Tags: Movies, Resident Evil
No event found!
Select And Add Upcoming Events To Your Phone's Calendar
Subscribe To Our Calendar With Your Google Account