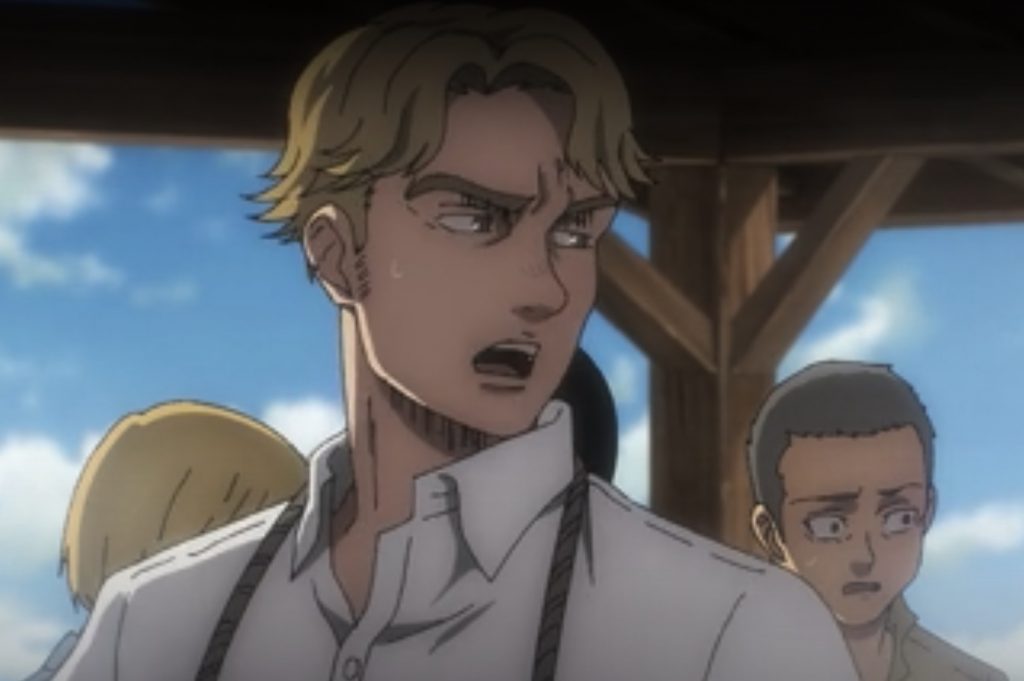 Nicolo on Attack on Titan (Funimation)

How can a new character break my heart so much? Nicolo on Attack on Titan Season 4 Episode 9 is just a testament to the show’s amazing writing. Here’s a look at just who he is and what we know so far from the anime.

This article will have spoilers for Season 4 Episode 9, but the article itself is manga-spoiler-free. Please don’t add spoilers from the manga in the comments. Thanks. 🙂

Nicolo Was Part of the Original Scout Ship Team from Marley

Nicolo is a fascinating character. When we first see him, he’s introduced as an early captured hostage, held at knifepoint by Hange and Levi. They are holding him captive as a bargaining chip to try to get the Marleyan fleet to surrender and talk to them without a fight. Nicolo is absolutely terrified and almost gets killed in the potential crossfire. But he survives when Yelena kills her captain and agrees to speak with the Paradisians personally.

We know that Nicolo is part of Yelena’s scout ship team that never returned to Marley. The part I’m not clear about is how far Nicolo and Yelena go back beyond that. After I watched the first time, I thought Nicolo was part of the team working with Zeke to undermine Marley, but I’m not 100% sure on that after the second viewing. If it’s true, this would mean that Nicolo has a similar background to Yelena, who said in this episode that she was from one of the conquered lands and followed Zeke because he offered the clearest path to freedom.

However, in Nicolo’s first scene cooking with Sasha eating his food, he makes a really negative comment under his breath about Eldians, which leads me to think he may have been a Marleyan who was assigned to Yelena’s ship, and then turned more favorable to the Paradisians over time.

Yelena told Hange about her background: “We were powerless. Marley took our homes and forced us to be soldiers. We were close to losing hope at ever striking back. Until we met him. A Titan that the people of the world feared, calling it a devil. But I saw something completely different. A god. One that gave hope to the powerless. Under Zeke Jaeger’s command, we shot our superiors… We’re the Anti-Marleyan Volunteers. Our goal: To free the Eldian people.”

He Became a Chef and Bonded with Sasha

Nicolo quickly took on the role of being a chef, which endeared him to Sasha. And apparently he is a VERY good cook. Although he didn’t indicate if he and Sasha ever were more than friends, it was obvious that Nicolo loved her deeply and was crushed by her death. That scene at the cemetery was heartbreaking. And his comment about how senseless it was that she was killed by a child really struck home with the truths about how senseless war can be. I’m left wondering: Did Nicolo know Gabi personally?

But even with his heartbreak, the scene with Nicolo also brought a moment of levity that we desperately needed. I laughed out loud when he offered to feed her parents, and Sasha’s dad wanted to make sure the meal was free.

It’s rare that a brand-new character can endear himself or herself to the viewers so quickly. But the Attack on Titan writers managed to do just that with Nicolo, and I’m really quite impressed.