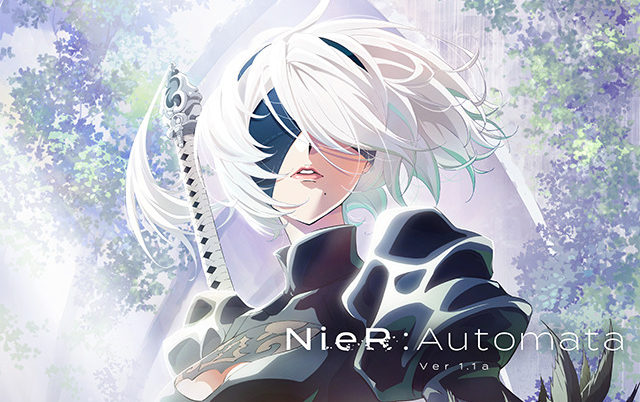 Nier: Automata Ver1.1a is the newest video-game-turned-anime to hit our screens this month, surprising some and thrilling gamers in particular. The new anime was announced a few months ago on several websites, and more recently updated with more details on Crunchyroll. Let’s take a look at when exactly you’ll be able to watch Nier: Automata online.

You’ll be able to watch Nier: Automata (also titled Neir: automata Ver1.1a) on Crunchyroll, January 7th at 9:30 a.m. Pacific, or 12:30 p.m. Eastern. The best place to watch it online right now is Crunchyroll, although the anime will also premiere on the Tokyo MX, Tochigi TV, Gunma TV, and BS11 channels. To watch the first episode on Crunchyroll, click here. Both sub and dub versions of the anime will be available, but it is unclear at the time of this writing if dub will be delayed a few weeks or not, like we are seeing with other anime like Chainsaw Man.

Curious to see if you know anyone who has worked on this new title? Here is the full cast:

What is Nier: Automata Ver1.1a

The planned anime television series Nier: Automata Ver1.1a is based on the action role-playing game Nier: Automata, which was developed by PlatinumGames and distributed by Square Enix. A-1 Pictures is the studio that is responsible for producing the series.

Japan was the first region outside of Asia to receive the NieR:Automata video game on the PlayStation 4 in February 2017, followed by North America and Europe in March 2017. Additionally, Square Enix distributed the game on the PC via Steam in March of 2017, and for the Xbox One in June of 2018. On October 6, the game became available for play on Nintendo Switch. The total number of copies sold of the game, including both physical copies and digital downloads, is greater than 7 million.

"An irresistible desire to dream. A dream of hope, that is."

The synopsis on the official website reads “The distant future, 5012. The sudden aerial invasion of Earth by <Aliens> and their creations <Machine Lifeforms> led mankind to the brink of extinction. The surviving number of humans who took refuge on the moon to organize a counterattack using <android> soldiers to recapture Earth. However, the war reaches a stalemate as the <Machine Lifeforms> continue to multiply infinitely. In turn, humanity deploys a new unit of android soldiers as an ultimate weapon: YoRHa. Newly dispatched to Earth 2B joins 9S, the analyst currently stationed there, where amid their mission, they encounter a myriad of mysterious phenomena… This is the story of these lifeless <androids> and their endless fight for the sake of mankind.”