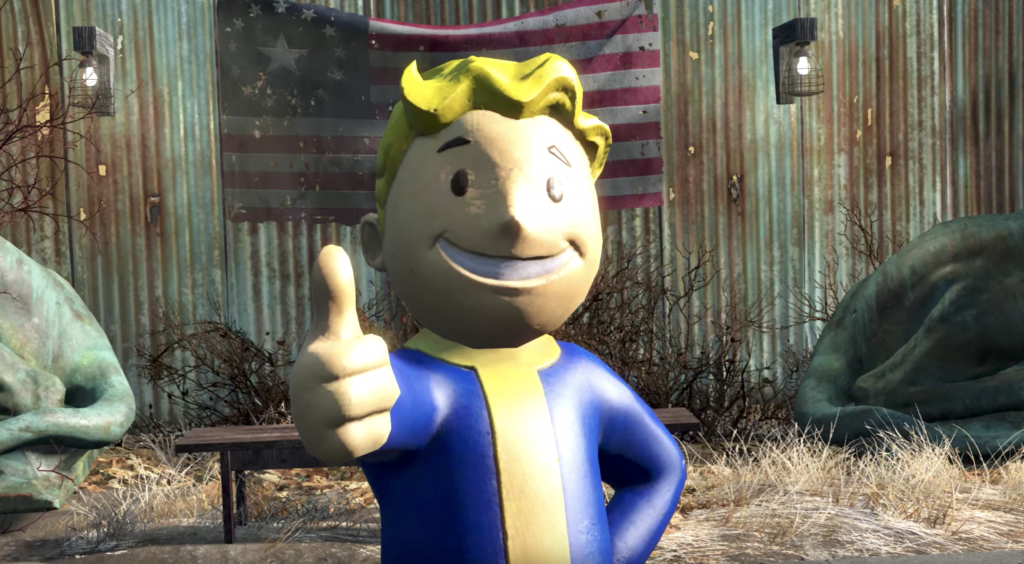 Bethesda just finished their 2017 e3 presentation, and it was one of their very best. As with any good presentation, they started strong and they ended strong.

And when I say they started strong, I mean it. Fallout was the topic of discussion right off the bat.

In fact, they could only sit on their Fallout VR footage a few minutes. After a brief look at Doom VFR, we’re treated to this:

Now this was not entirely unexpected. Last year’s e3 had a Fallout VR experience available to conference-goers. Bethesda mused that they wanted it to become a full-on adaptation of Fallout 4 to the VR platform. Since then, we’ve heard nothing from them to confirm or deny that it was still in the works. Today’s video puts that question to rest. And what many people are missing is how much of a big deal this is. The graphics on Fallout 4 may be the best in existence. It looks almost real. Pairing it with VR is going to create the most realistic looking VR game yet.

Although I’m curious to see how they do movement. It looks like Bethesda has abandoned the movement-by-teleportation mechanism that was used in the 2016 demo and is so popular that it’s on practically every top VR game on the market. In this demo, it looks like you can move about at will, just as in the console game. If so, Bethesda may be pioneering a control scheme here. And with that comes risk. I am looking forward to learning how it works. I am not looking forward to paying for a VR rig. Fallout 4 VR is going to be available on the HTC Vive according to the Youtube description from Bethesda’s channel. No word yet on other VR platforms. If you know someone at Bethesda or at HTC tell them to send me a comp’d set. I’ll write a big fat review for everyone here.

Finally, I hinted above that Bethesda ended strong. Here’s what I mean by that: (Enjoy)

falloutfallout 4
Previous ArticleThe 100: You Get a Kru and YOU Get a Kru!Next ArticleHow To Survive A Post Apocalyptic Fandom

Tags: fallout, fallout 4
No event found!
Select And Add Upcoming Events To Your Phone's Calendar
Subscribe To Our Calendar With Your Google Account