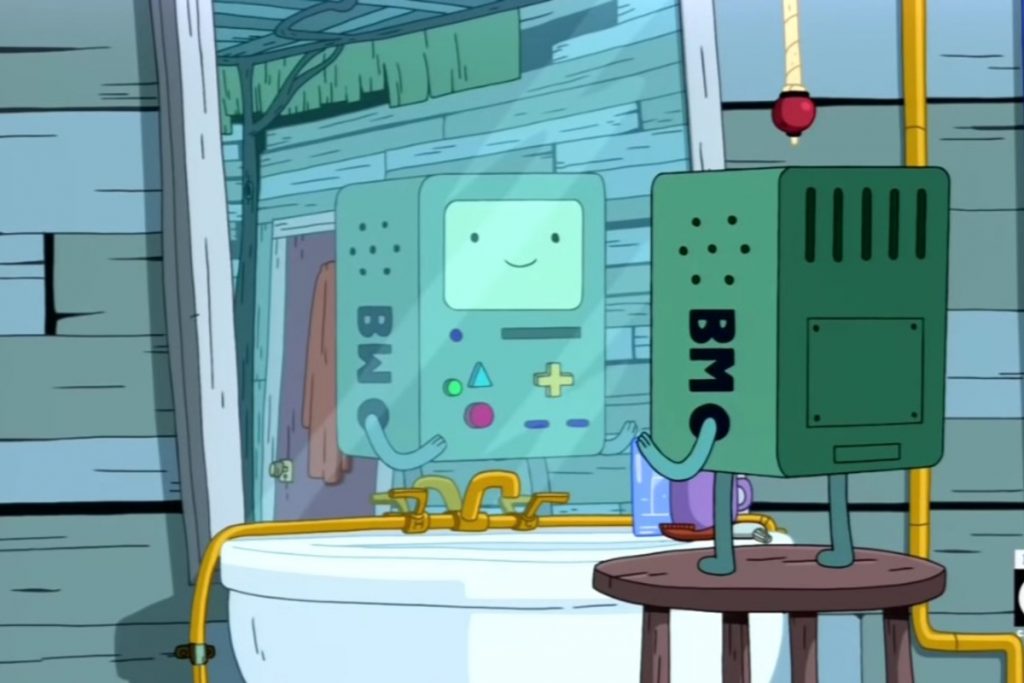 In the new HBO Max series, Adventure Time Distant Lands, we learn more about BMO and Football in Episode 1. You might be wondering when BMO and Football actually met for the first time, based on what we know about Football from Adventure Time Season 7 and from the new HBO special. Well, as it turns out, Football and BMO have a pretty interesting timeline. Read on to learn more about the BMO-Football timeline and how the original series works with the new HBO special.

WATCH THE SHOW BEFORE PROCEEDING

But there’s one part of the episode that has caused some confusion for viewers. In the episode, BMO is very familiar with Football and talks to Football in his reflection quite a bit. But isn’t this wrong? Wasn’t Football introduced during the Adventure Time series on Cartoon Network?

As it turns out, no. Although we saw Football for the first time in Season 7 Episode 5, we’re led to believe that Football had been around for quite a long time before that.

In that “Five Short Graybles” episode, BMO pretends that Football is a living entity in the reflection and talks to Football quite a bit, but only when Finn and Jake aren’t around. It looks like BMO is introducing himself to Football for the first time in “Five Short Graybles,” but this appears to be something that BMO just does from time to time. Finn later says in the same scene to Jake, “I told you” and then checks off “Prove that BMO does weird junk when nobody is around.” So apparently this wasn’t the first time that BMO had talked to Football in the reflection and did “weird stuff.”

In the episode “Football,” Football takes over BMO’s body for a while and then doesn’t want to leave the real world and give BMO his body back.

In short, although some might remember BMO first “meeting” Football in Season 7, that’s not actually accurate. Football has been part of BMO’s life for a long time, we learned in Distant Lands.

BMO apparently just likes to “introduce” himself to Football sometimes for fun. This is mentioned in a Reddit discussion too:

Tags: adventure time
No event found!
Load More
Subscribe To Our Calendar With Your Google Account
Select And Add Upcoming Events To Your Phone's Calendar