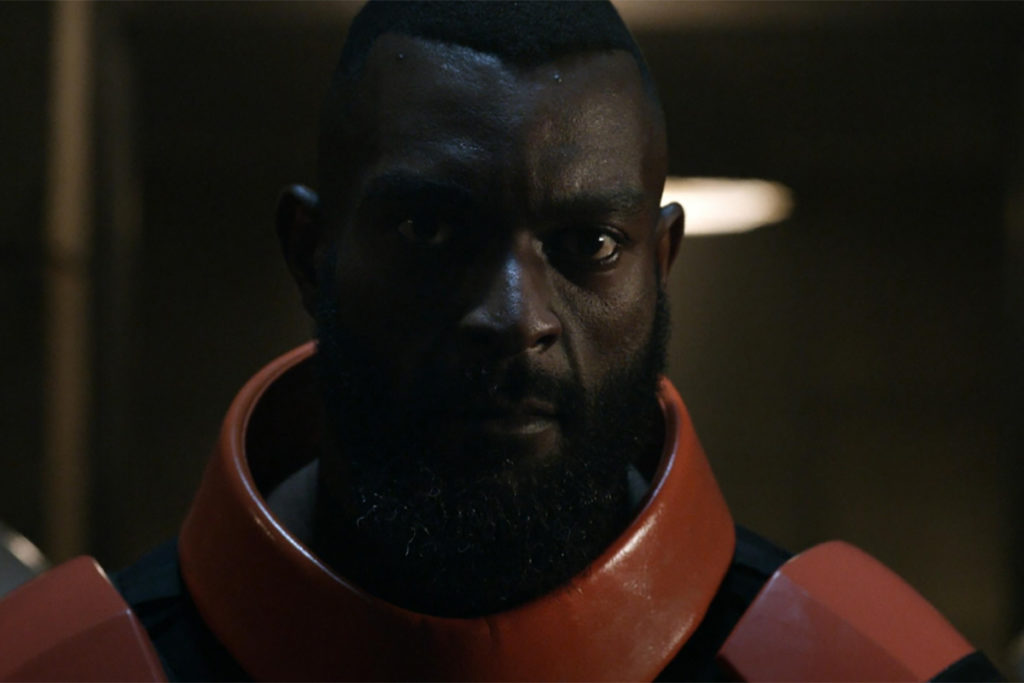 This one gets intense as the groups come together to fight a common enemy — even more so than the previous episode. We also get a classic courtroom scene and one of the most quotable endings in a while. Let’s dive deeper into this episode.

This episode starts off with those flashbacks that we’ve come to love in this final season, but this time it’s focused on Negan. He sure has come a long way since his days of bashing in brains with a barbed-wire bat. Or has he?

The two main storylines in this episode include Negan’s group in the labor camp eventually regrouping with Carol’s group, and the trial of Eugene. There’s also a budding storyline with Lydia’s group that set off for Oceanside a few episodes back, so we get a touch of how that crew will play a part in these final three episodes. All three storylines are equally exciting and packed with some zingers. At the labor camp, Negan, Ezekiel, Annie, Magna, Kelly, and others are planning their get-away by plotting out the guard shift rotation and placement. But Negan can’t seem to keep his mouth shut and gets himself into trouble with the troopers. At first, I thought this was meant as a distraction for what would ultimately be the escape, but it wasn’t. He was just being Negan.

But his stunt did get him some face time with the warden. This allowed Negan to get a better glimpse into what this warden is all about. “I’ve known men like him my whole life,” Negan later tells Annie. “Hell, I used to be him.”

So this allowed Negan to come up with a plan of escape that didn’t use crudely drawn maps and assaulting the guards. He was going to make a deal.

Later, Ezekiel and Negan get into a bit of an argument and Negan is right back in the warden’s office. “So, you got a name for me,” the warden asks Negan. This is made to lead us to the conclusion that Negan is ratting out Ezekiel after their disagreement. But I think we all know better than that.

Negan is brought out to the crowd of prisoners and made to kneel down in front of an obvious execution spot. The troopers line up to fire, but at the last minute, the warden grabs Negan’s wife and throws her next to him.

“No! That wasn’t our deal,” Negan shouts, letting Ezekiel know that Negan tried to save everyone else by becoming a martyr for the group. Ezekiel isn’t going to sit by and watch Negan and Annie get shot, so he steps in front of them to offer himself as well. About a half-dozen others do the same (but not everyone!) and the warden doesn’t bat an eye. “I admire your bravery, prisoners,” he tells them. “Shoot them all.”

From here, we see a promising realization in one trooper who has endured a history of mistreatment from the warden, and finally decides he’s going to aim his gun at his boss instead of the innocent civilians. But the warden grabs Kelly as a hostage and backs away slowly, right into the stabby knife of Daryl. Hey everyone, it’s Daryl, Carol, and Connie! Lydia and the Other Scouts

A few episodes back, Lydia, Aaron, Jerry, and Elijah set off to scout out the other settlements to see what’s salvageable. I mentioned in last week’s write-up that we may see this group get caught up in the whole hard labor/prisoner thing if they’re not careful. But it turns out, they actually were able to escape notice.

Along their trek, they met up with Luke and Jules, whom you might remember from waaaaay back at Oceanside. When Aaron tells the old friends that they’re headed toward Oceanside themselves, Luke lets them know that it’s too late. The Commonwealth has already taken the place over and they’re out hunting for the two escapees right now.

When the troopers can be heard approaching in the distance, Lydia has the bright idea to grab some gory walker clothing and do as her mom taught her: become part of the horde and travel with them.

This does work, but we notice something shocking during this herd shamble. Lydia accidentally drops her knife at one point, and a walker crouches down to pick it up. No, it wasn’t one of our heroes disguised as a walker, this was a genuine thoroughbred walker.

This could only mean that this group has the variant walkers (also called climbers). This is potentially bad news for everyone. The Trial of Eugene

As Eugene stands trial for the death of Sebastian Milton, we quickly learn that the entire thing is a sham. The judge is obviously on Pamela Milton’s side, so Yumiko realizes that she’s not winning this one. Instead, her focus turns to revealing Milton’s corruption by recruiting Mercer to their side. If they can get Mercer to tell everything he knows about Sebastian Milton sending civilians to their deaths on purpose, they can at least convince the citizens to overthrow Governor Milton. But Mercer refuses.

To make matters worse, the governor tells the court that the voice on the recording was not even her son’s and she thinks Eugene altered the tape. Things aren’t looking good for Eugene or Yumi at this point.

Despite Eugene’s heartfelt closing speech about how one man can change the world (ahem, Mercer…), the trail ends with Eugene being found guilty and sent off to prison.

But as Eugene is led down the prison corridor, he stops and his burlap sack head cover is removed. There stands Mercer with his Mercer armor and his Mercer expression. Eugene figures he’s done for, now.

But to everyone’s surprise, Mercer says five little words that I want to get printed onto a t-shirt with Mercer’s portrait: “Time to fuck shit up.”

And if that wasn’t wonderful enough by its own right, showrunner Angela Kang said in the after-show that the line was actually improvised by Mercer actor Michael James Shaw.

This was truly a great episode. We’re in the home stretch now and there shouldn’t be any more wild tangents. The remaining two episodes after this should be laser-focused on kicking as much ass as possible. And I’m ready.

Tags: episode 22, faith, recap, Review, season 11, The Walking Dead
No event found!
Select And Add Upcoming Events To Your Phone's Calendar
Subscribe To Our Calendar With Your Google Account