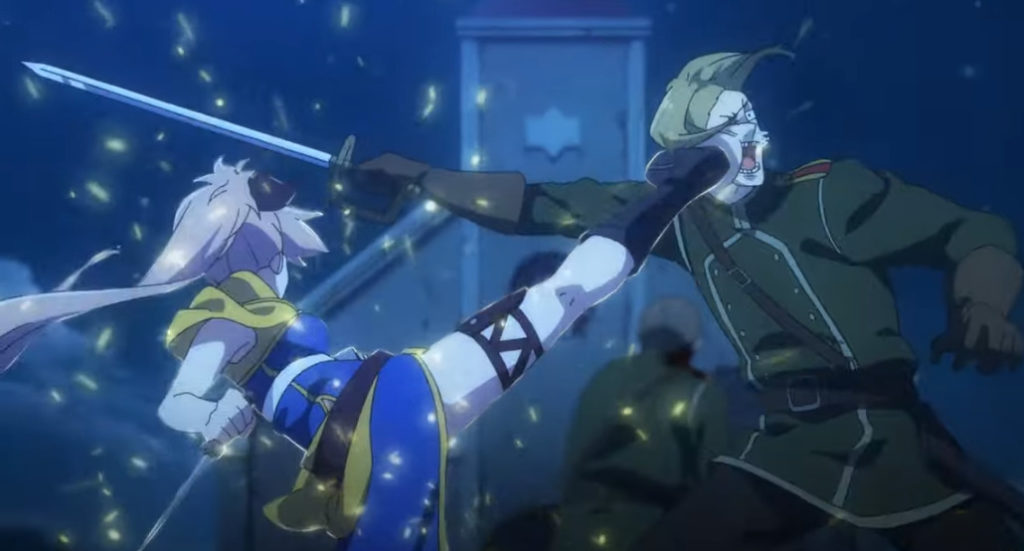 A new anime on the verge of being post-apocalyptic called The Executioner and Her Way of Life is streaming online, with its first episode released on March 31, 2022. Based on the manga Shokei Shōjo no Bājin Rōdo, it is a story that speaks about a young girl trying to prevent the apocalypse from happening. Here is how to stream The Executioner and Her Way of Life Online

Watch the trailer below:

How to Stream The Executioner and Her Way of Life Online

The Executioner and Her Way of Life can be streamed on HIDIVE with new episodes coming out every Friday at 8:30 AM Pacific/11:30 AM Eastern.

It was confirmed on sites such as EpicStream that the series won’t be on any other streaming service in North America. Yup, that unfortunately includes CrunchyRoll and Funimation. Or should we call it AnimeNextLevel, as per this tweet that confirmed that Funimation is moving to Crunchyroll?

All your anime—all in one place! Funimation and Wakanim are officially moving to Crunchyroll. #AnimeNextLevel

And since Sentail Filmworks Licensed the show, fans are optimistic about it airing on AMC. PostApocalypticMedia reached out to AMC to confirm the rumor that the network was going to partner with HIDIVE, but no comments were made so far.

But anywho! Back to the show.

The synopsis of the anime reads “When interdimensional travelers from an otherworldly land known as ‘Japan’ appear, they often bring death and destruction. It’s up to Executioners like Menou to track and exterminate the Lost Ones before they wreak havoc. When Menou encounters a beguiling Lost One named Akari, it’s bloody business as usual… until Menou discovers Akari can cheat death, that is. Even so, Menou has a job to do, and she is committed to her executioner’s mission come hell or high water — provided her newly stirring feelings don’t get in the way.”

You can get a free trial on HIDIVE over here and decide for yourself if this works with you! And for all of your anime needs, Crunchyroll or HIDIVE… Why not both? And of course, for fans of anime music videos, you can find both intro and ending music videos below.

Tags: anime, HIDIVE, online, streaming, The Executioner and Her Way of Life
March 2023
01 Mar
All Day

Tags: anime, HIDIVE, online, streaming, The Executioner and Her Way of Life
October 2023
20 Oct
All Day

Tags: anime, HIDIVE, online, streaming, The Executioner and Her Way of Life
No event found!
Select And Add Upcoming Events To Your Phone's Calendar
Subscribe To Our Calendar With Your Google Account