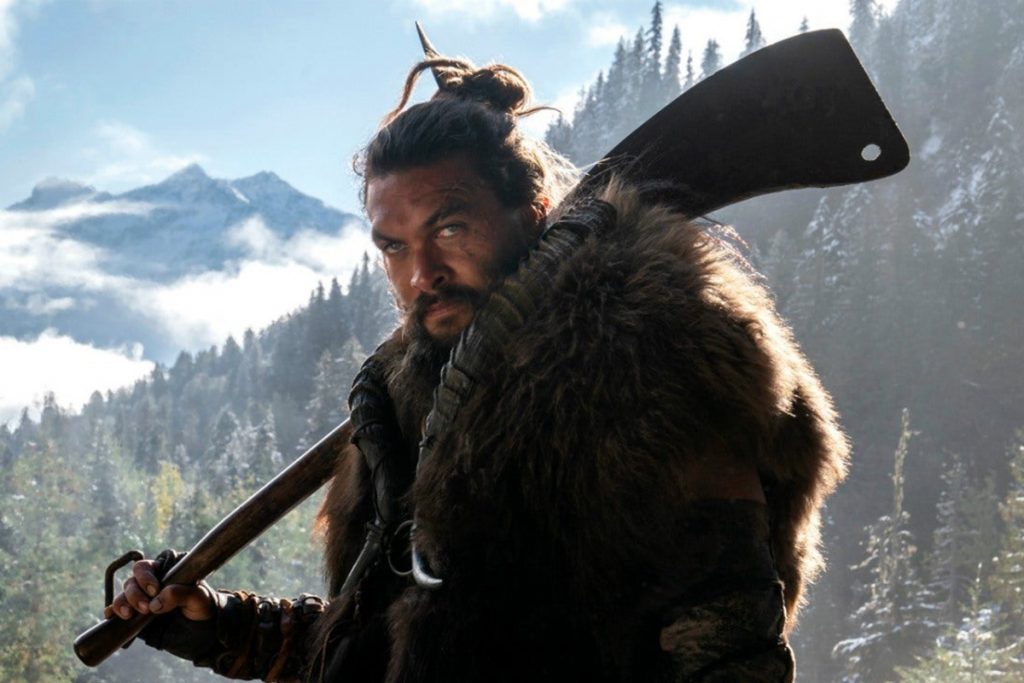 It’s been a year since Apple TV+ launched to compete with other streaming powerhouses like Netflix and Hulu, and it has also been a year since we saw the first season of Apple’s entry in the post-apocalyptic genre, entitled See. And I am so ready for Season 2.

See stars Game of Thrones alum Jason Momoa as Baba Voss, the badass leader of a tribe of people who have survived hundreds of years in a post-apocalyptic world without the sense of sight. But when a strange pregnant woman escapes tyranny to find solace in his village, he takes her in as his wife and soon adopts her twin children as his own. But those newborn babies hold a secret: they can see.

Some have described See as Apple TV+’s Game of Thrones, and I’d have to agree to a point. The series has a solid foundation of royal intrigue, fast-paced action, and red-wedding-level blood and gore. Plus it has its own version of Queen Cersei, Arya Stark, and… well, Khal Drogo. But I do think that See has some aspects that really set it apart on its own merit.

First off, let’s talk about the setting. See takes place roughly 600 years after a virus wipes out most of humanity and causes a hereditary genetic mutation that makes everyone and their children blind. Generations into this blindness, people have adapted to every-day life with guide ropes, distinct calls and noises for communication and navigation, and their other senses have heightened to compensate.

This really does make for a unique atmosphere, or at least in the first few episodes. As the action ramps up down the road, the attention to detail fades. The bad guys stand around not hearing their friend two feet away get his throat slit while Baba Voss can find every single slittable throat in a forest without running into a tree once. Seems legit.

But I tried not to let things like that spoil my opinion of what is otherwise a brilliant TV show. The costumes and props are absolutely stunning, the battle scenes are vivid, and there’s just enough proper storyline (without too much filler) and surprise twists to keep me glued to my TV the whole time. It gets two thumbs up from me.

But I believe that there’s one major thing that has kept See back during its first year, and that’s the misunderstanding of what AppleTV+ actually is. Many people believe that it’s just a place for Apple product users to stream their favorite shows without going to… gasp!… Roku or one of those lowly free channels on SmartCast. While that is mostly true so far, some folks might not realize that AppleTV+ has its own original content, and some of it is really really good. And See is a perfect example. While some might say that the main storyline felt rushed for fitting so much into eight hour-long episodes, I can appreciate the efficiency. It really just makes me even more excited for season 2. Oh yes, there will be a season 2, as Apple has already said that the initial production budget included funding for both seasons. Unfortunately, the COVID-19 pandemic has halted filming for that second season. No one is really sure when to expect any new episodes, but judging from the quality of the first season, we imagine that it won’t be put on the back burner for long.

So while rewatching the series this week, I jotted down a short list of things I’d like to see in that second season.

Closure for the season 1 finale
Where is Haniwa? We know she could probably take on her captors by herself, but in the final scene of Season 1, Episode 8, we see Baba Voss and Kofun setting out to find her. I imagine this means a new setting for season 2 (which would be nice) but I have faith that writer Steven Knight can’t possibly make it that easy.

More people who can see who are not related to Jerlamarel
So Jerlamarel turned out to be kind of a dick, but the guy sure can father some children. So far most of those children have also been dicks, with the exception of Haniwa and Kofun. There has to be someone else out there whom they can relate to, though.

Maghra become proper queen
Kane and Maghra’s father told Maghra on his deathbed that the younger sister would rule soon, so I’m excited to see that. But will she end up turning into her sister with all that power?

More from Boots
I refuse to believe that we’ve seen the last of Boots, even though he left us with a bad taste in our mouths; his betrayal of Maghra and Baba Voss stung. I’d like to see some redemption.

What becomes of Baba Voss
We saw at the end of Season 1 that Baba Voss has some health issues that seem to foreshadow his death. In true Game-of-Thrones-eque style, the main star in all of the promo ads turns out to not be the real star at all, but I still really appreciate Momoa’s character.

Are you a fan of See? What would be on your own wishlist for Season 2?