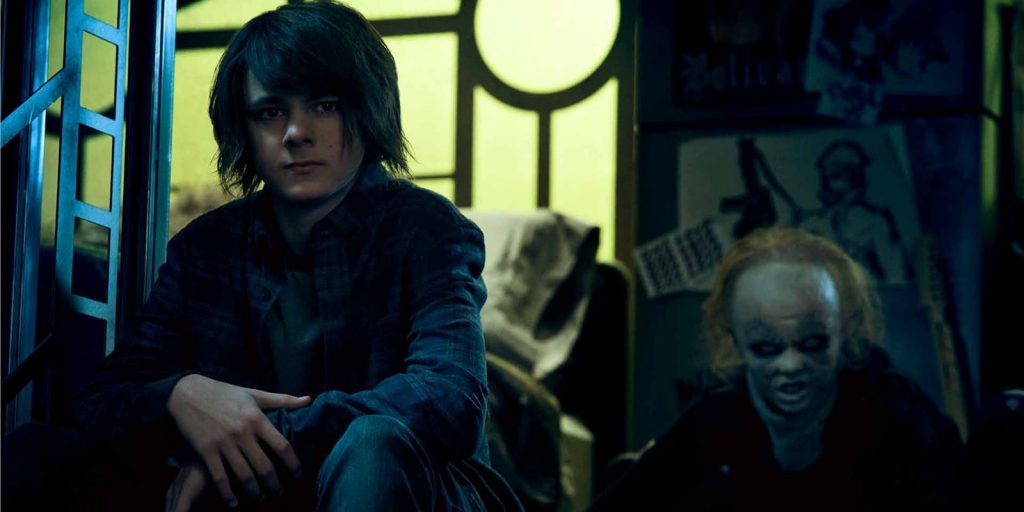 You think Wesley Crusher was hated on Star Trek? Or Carl back when he was younger? Or heck, even Joffrey on Game of Thrones?

Here are the results of a recent quiz: Why do people hate Zach? Better question: Why would they NOT hate Zach? #TheStrain Click To Tweet

Why do people hate Zach? More accurately, why would they not hate Zach.

Here are some reasons:

Fans are angry about the series finale because the writers tried to do the unthinkable: they attempted to redeem Zach. Somehow, someway, Zach realized that Zombie Dad wasn’t really his dad and they were better off dead with the Master also dead, so he set off the nuke. This was NOT true to Zach’s character. He refused to ever believe his mom was an Evil Zombie, but always thought she was a Good Zombie. He nuked a city for her. Why would he not feel the same way about his Zombie Dad?

The best part about the finale is that everyone thinks Eph saved the day and Zach was still evil and a traitor to the very end. As they should.

The best part of #TheStrain finale is everyone still thinks Zach was a traitor to the end. Click To Tweet

Here are some memes about Zach, in case you think we’re alone in our opinion:

I'd go down there too if it meant I'd get to watch Zach die. Worth it #TheStrain

Zach's looking at the master during his remarks like #Dude, you're not going to out-sociopath me"#TheStrain

I don't know who I want to die more, Zach or Eichorst. Probably Zach. #TheStrain

You turned Eph and redeemed Zach?!?!
WHY
HOW
I CANNOT
WITH THIS
AT ALL#TheStrain #PFStrain pic.twitter.com/CiaSAWTj59

If you want to be amused, here’s an essay by a viewer, shared at r/TheStrain, sharing how much they hate Zach and what they didn’t like about the finale. Here it is in part:

F**ing Zach having a change of heart at the end and blowing up the nuke ffs. Who the f* thought that was a good idea????? It had to be Eph and Zach was supposed to be the one turning into the Master. I really wanted to see his stupid little sh** face cry when he realizes his dad will blow him the f* up. Stupid f* writers. What was the f*ing point of Zach’s redemption????? They made us hate him more than any child on TV, why not go all the … way and have him be the little sh** he is until the very end????? After ruining the … show they could’ve at least given us a satisfying disposal of that genocidal little bastard…

This was funny though:

Aside from Zach, it was a pretty entertaining finale. I mean, sure, we focused the entire series on the Lumen, which ended up being worthless when all we needed was a nuke. Setrakian had a breakthrough but died before he could truly share it and it really didn’t end up meaning anything. Nobody got to use the recipe for the White that Setrakian found either.

But hey, there may still be at least one Ancient out there, buried at sea, so maybe thousands of years from now that Lumen will come into play after all.

At least then we won’t have Zach anymore.

And by the way: none of this was the actor’s fault: he did the best he could. Hopefully he’ll get a better opportunity with a more-loved character next time.

What did you think of Zach and The Strain finale? Let us know in the comments below.

Like what you read? Join our email list to stay updated by clicking here and be sure to follow us on Twitter. If you need more of The Strain, have you read the books yet? You can get them here.

the strainTV
Previous ArticleCreepy End-of-the-World Messages About Aliens Interrupt California BroadcastsNext ArticleTeens Are Leading the Apocalypse — But Is It a Good Idea?

Tags: the strain, TV
No event found!
Select And Add Upcoming Events To Your Phone's Calendar
Subscribe To Our Calendar With Your Google Account