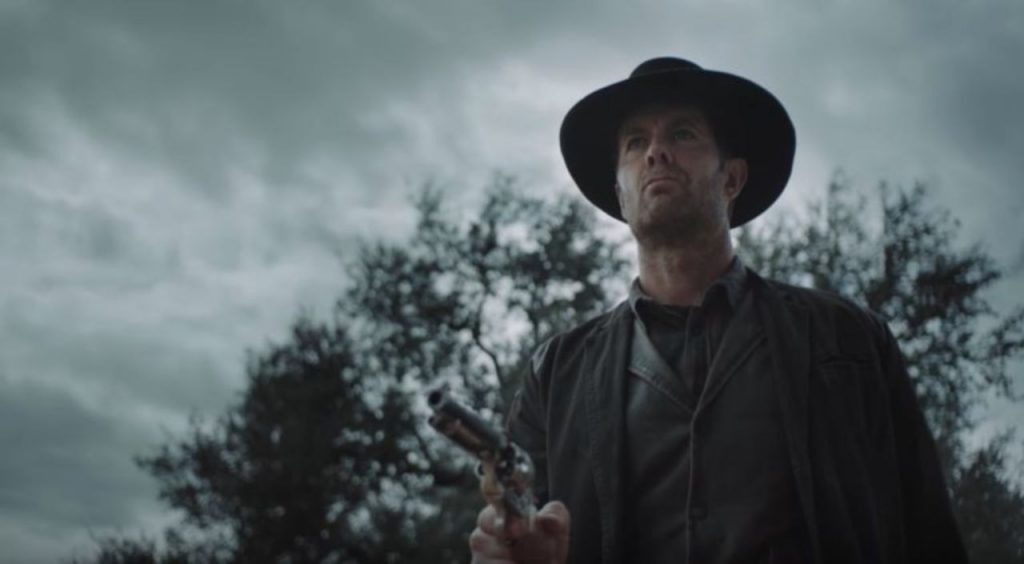 On the Season 4 finale of Fear the Walking Dead, everyone who was at the polar bear gas station ended up getting poisoned by antifreeze left by “Filthy Woman” (aka Martha.) They all looked like they were about to die when they were able to get their hands on some beer, and then they lived. But is this cure really legit? We don’t have a doctor available yet to speak on the question, but it appears that it would be really tough to cure antifreeze poisoning with beer, unless you drank a TON. Whiskey, gin, or vodka, however, might work if you drink consistently for a long period of time. (Of course, if you’re not in a post-apocalyptic world, just go to the ER if you might have ingested antifreeze. It could kill you, so don’t delay.)

This old story from 2002 WND shared that in Scotland, a woman accidentally drank antifreeze when she grabbed a “bottle of water” while she wasn’t wearing her glasses, three days before Christmas. The hospital told her that the only cure was to drink a lot of alcohol. They gave her the choice of gin, vodka, or whiskey, and had to drink two cups immediately. She chose whiskey and was given a significant amount in a plastic cup twice. That night, she had to drink more whiskey every hour on the hour, while nurses monitored the antifreeze levels in her blood. By 4 p.m. the next day, she could lower her amount to just a normal shot of whiskey. So yes, THAT IS A LOT OF WHISKEY.

Wikipedia explains that the main antidotes for antifreeze poisoning are fomepizone (which you can only get in the hospital and costs a lot more) or ethanol (aka drinking alcohol.) The preference is a pharmaceutical-grade ethanol that’s administered by IV, if you go the ethanol route. But obviously, in a post-apocalyptic world, that would be really tough to get. So then you can for regular ethanol therapy instead, but every source I read listed “whiskey, vodka, or gin” as the options, not beer. (And even then, you should stay in the hospital and have your blood monitored to make sure you’re getting a therapeutic amount, because antifreeze poisoning is nothing to take lightly.)

Whiskey, vodka, and gin are about 40 percent ABV (or 80 proof). But some get all the way up to 50 percent ABV. Meanwhile, beer is merely 4 to 6 percent alcohol. That is a HUGE difference. A whole bottle of beer equals roughly the same as one shot of whiskey. So if you’re poisoned by antifreeze and time is of the essence, you’ll want to get that ethanol in you fast, not slowly through a bottle of beer.

Jalopnik read the data sheet for antifreeze and found that “Ethanol is antidotal and its early administration may block the formation of nephrotoxic metabolites of ethylene glycol in the liver. The objective is to rapidly achieve and maintain a blood ethanol level of approximately 100 mg/dl by giving a loading dose of ethanol followed by a maintenance dose. Intravenous administration of ethanol is the preferred route. Ethanol blood levels should be checked frequently. Hemodialysis may be required.”

There are also a few stories online that talk about vodka in treating antifreeze poisoning for dogs and cats (but once again, never mentions beer.) One article notes: “Hard liquors, including vodka and Everclear, when delivered intravenously, can save your pet’s life.  Your pet will have to be hospitalized…but if caught in time, treatment is usually very successful.  The alcohol dosage for a medium sized dog is equivalent to approximately 8 shots of vodka every 4-6 hours…”

Of course, it goes without saying that if you accidentally ingest antifreeze or think you did, GO TO THE HOSPITAL. Don’t sit at home and drink beer or vodka. This information is really only helpful if you’re in a post-apocalyptic world and can’t get to a doctor. If that’s the case, choose whiskey, vodka, or gin if you have a choice. Whether beer would work in a real post-apocalyptic situation is debatable. And if you’re trying it, you certainly shouldn’t be drinking it as casually as our friends on Fear the Walking Dead.

If you haven’t had a chance to watch Season 4 of Fear the Walking Dead yet, you can catch it on Amazon here.

What's Your Story? *
--
(As of: 2023/02/07 2:48 pm - Details
×
Product prices and availability are accurate as of the date/time indicated and are subject to change. Any price and availability information displayed on https://www.amazon.com/ at the time of purchase will apply to the purchase of this product.
)
View now *
(* = affiliate link / image source: Amazon partner program)